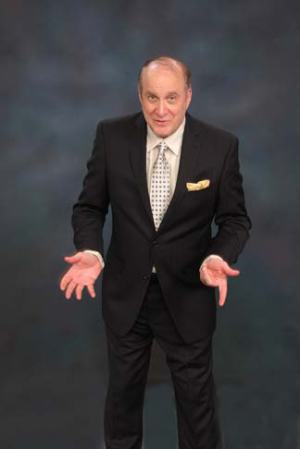 For a long time, you have heard people push theories about casinos and why they always have players hooked to their tables for hours on end. Over the years, science has sought to understand the basis of these schools of thought, which inevitably leads us to One Bill Friedman. Friedman was a notorious gambler who later used his experience to educate and postulate about the games (no pun) casinos play in order to keep you putting up your chips. When he became a casino executive, he realized one curious thing; most if not all of the casinos he got involved as a player and a consultant were the same in the range of the games they offered. What then, he wondered, motivated gamblers to choose one gambling hole as opposed to the next? What happened to keep people gambling? Let us look at the conclusion he and others arrived at:

Modern casino designs are some kind of a nicely done booby trap. They are set in tall, grand buildings that make it hard for you to ignore what you see in front of you. There are wide spaces and long passageways designed to get to you and make you want to keep moving in. Some, instead of using décor in their rooms, arrange gambling equipment in such a way that it gets to you. In modern times, there has been a strategic shift in design, but what remains a constant is the aura of greatness that engulfs you as you walk inside a compound where gambling equipment starts at the entrance and lines every nook and cranny of a building.

A blurred concept of time

When you walk into a casino, you lose all concept of time and its progression. There are no clocks to tell you what the time is and there are no windows to let in the light. All there is the soft thud of chips on tables and the enticing smell of money that may or may not make its way back into your pocket.

The availability of free perks and bonuses

Casinos will throw every possible incentive in your way in order to get you real interested. There are free rooms, free drinks, and yes, free money. Of course, there is no such thing as cash just being handed to you by the dollar, but in our times, there are many new online casinos with no deposit bonuses. This gives you the impetus to play because you have a free buy in.

An added dose of oxygen

It is common scientific knowledge that we tend to drift off when we are in places with low oxygen concentration. There is even a theory out there that when we yawn, it’s a sign of decreasing oxygen levels in your systems. You can imagine that the abundance of oxygen in your cells has the opposite effect. Casinos have caught this gem of knowledge and are using it to keep every gambler interested. They achieve this by pumping in fresh bursts of oxygen into game rooms from time to time over the course of playing sessions. This way, you remain alert and active-sleeping gamblers do not bring in cash for any casino.

The narrative of ‘winning’

With casinos, you are always almost there. You don’t know when the chips will fall in place, so you keep trying. At times, the numbers align so well that you think just one more try will get you there. At other times, you will achieve a single payout and think that a large one will come along. So you hang in there all night, and you keep doling out the dollars by the hundreds. That mostly works for the casino, because they target a large pool of potential winners.

For hundreds of years, casinos have tried to use science to beat off the competition by making sure that gamblers stay put. From Monaco to Paris to Las Vegas, casino science has developed a life of its own. It is all in plain sight, from imposing buildings to casinos that release pheromones into their rooms to keep the gamblers wanting to stay in that space for longer. And study after study has proven that these approached actually work, with some experiencing as much as a 45% uptick in revenues.